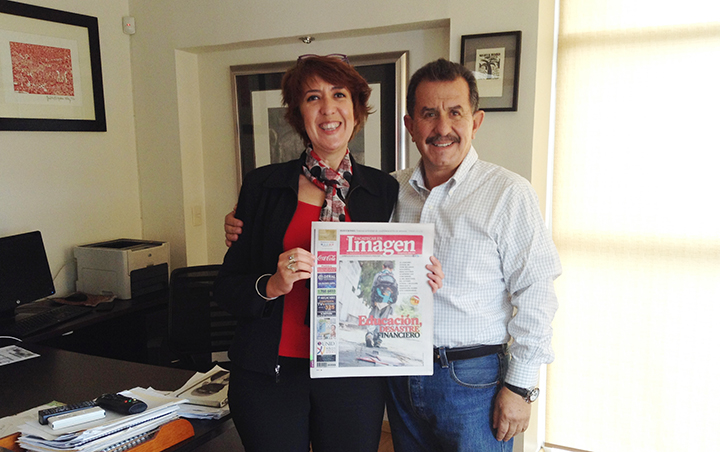 Gabi Schmidt was invited by Mr. Mercado, Director, to redesign their daily newspaper in the State of Zacatecas, Mexico

“The first thing I will to say about the redesign of the newspaper “IMAGEN”, is that having hired Gabi Schmidt was a success, because not only the paper was redesigned, but we modified ways of working that are now helping to give the reader better information, making a better paper and better journalism.

I believe that, from the beginning, Gabi Schmidt had the great ability and skills to integrate a compact design team, and make them understand where the redesign was heading towards. Then she unified them with editors of the newspaper and made a more integrated team, which produces much better work, since now, the editors are collaborating with designers.

We believe that today, we have a design which we are proud of, and we are very grateful with all the support from Gabi Schmidt, not only, I repeat, to redesign the visual part of the newspaper, but to make a new newspaper, with better information, better selection of photography, more timely, more fun, and I\’m sure more liked by our readers.”